6 New Devices to Carry on Your Radar

6 New Devices to Carry on Your Radar 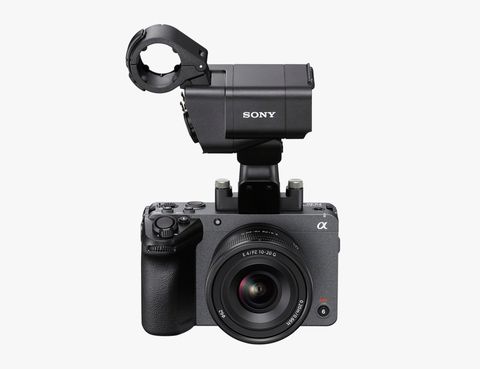 This week, it was reported that the current iPhone SE will be the last iPhone to have Touch ID — it’ll be Face ID or nothing moving forward. Google held its big hardware event where it officially announced its newest Pixel smartphone and first Pixel smartwatch. And it looks like if you want to watch 4K videos on YouTube, you’re soon going to have to pay.

But that’s just the news. Below, you’ll find a recap of all the cool new gadgets that were announced this week.

The Sony FX30 is the newest entry in the company’s Cinema Line of digital film cameras. It’s essentially a more budget-friendly version of the FX3. It shares similar body and design, but opts for a 26-megapixel APS-C sensor instead of the FX3’s full-frame sensor. It’s positioned as a compact camera for new filmmakers.

Google held its big Pixel event this week where announced its latest flagship smartphones, the Pixel 7 and Pixel 7 Pro. As you’d expect, they Google’s best-ever smartphones with the most advanced camera capabilities of any Pixel smartphone to date. Both are powered the latest Tensor G2 chip, and they are actually more similar than they are different.

The main differences are that the Pixel 7 Pro has a bigger display, more advanced camera (specifically for zoom) and a longer lasting battery. Both are pretty affordable for flagship smartphones, too.

The Vinyl NRS Box S3 is new and niche component for your turntable setup. It’s meant to go between your phono preamp and amplifier (or powered speaker). It then filters and reduces the noise (the crackles and skips) that a turntable picks up because the record is slightly damaged or warped. Available in black or silver finishes.

The Audioengine DAC3 is a tiny portable USB-C DAC/amp that’s designed to squeeze that extra quality out of your smartphone or laptop. It packs a ES9281A PRO DAC and supports high-end lossless audio (up to 32-bit/384kHz including MQA files); it looks to be a perfect and relatively budget-friendly option for people who like to listen to Tidal (or another lossless streaming service) and who have a pair of high-end wired headphones.

Google announced a second-generation model of its smart doorbell, the Nest Doorbell — and it’s a modest update. It looks basically identical to its predecessor and has all the same capabilities.

The difference is that it has better local storage capabilities — specifically it can store an hour worth of video footage even if the Wi-Fi goes down temporarily — and it supports HDR, so the video quality it captures should look a little bit better no matter the time of day or the lighting conditions. Available in four finishes: green, gray, beige or white.

Clear Audio announced a new pair of wireless earbuds for runs and workouts. The Roam Sport have an IPX4 water-resistance rating and have active noise-cancellation. The earbuds look fairly similar to the Beats Fits Pro, as they both work with a silicone earhook to help them fit more securely. The kicker is that they come with $100 price tag, which is very competitive.