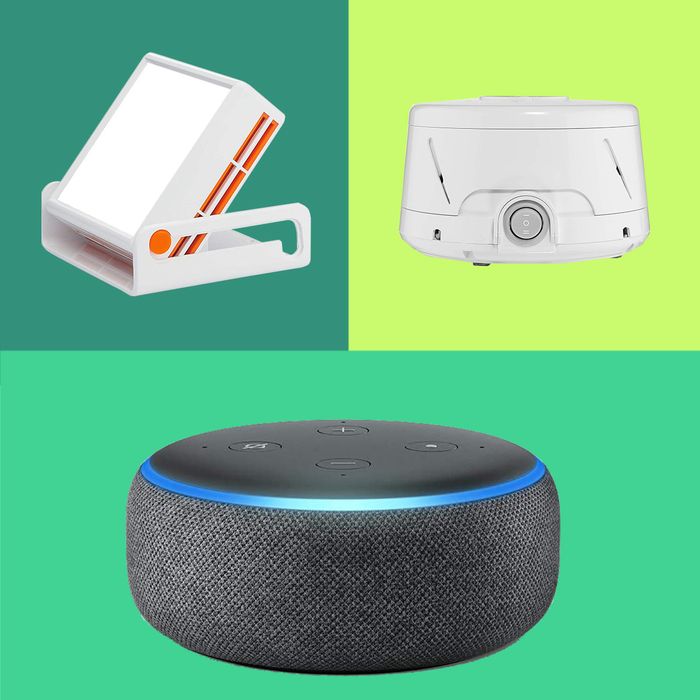 Whether you are shopping for a self-described nerd or just a casual tech user, you don’t have to spend a lot of money to find functional accessories for their new iPhone, gadgets that’ll make their home a little smarter, or streaming devices that can give them access to hundreds of shows and movies. To help you find the perfect (affordable) tech gift, we put together the below list of 25 of the gadgets and gizmos that we think most anyone will be delighted to unwrap — and use (because the worst thing about a tech gift is when it sits in a corner collecting dust).

If they’re constantly losing their keys or they’ve had to deal with lost luggage at the airport, the Tile Sticker will be a revelation. The Bluetooth tracker is about the size of a nickel and will stick to nearly anything they care about. So the next time they misplace whatever it is, instead of starting a frantic search, all they have to do is open the Tile app to find it.

Apple purists may prefer the brand’s AirTag, which works similarly to the Tile Sticker but has the added benefit of a tiny built-in speaker that can make sounds when they’re trying to find their keys or phone. Although it works best with Apple gadgets, it can be used with stuff from other brands, too. Like the Tile Sticker, the AirTag is great for tracking luggage your recipient doesn’t want to risk losing, but it doesn’t attach on its own so it’ll have to be dropped into one of the bag’s pockets.

If they just got their iPhone 14 Pro or are eagerly checking their delivery status, make sure they’ve got a case handy to keep that new phone safe. In addition to being a solid pick for protection from scuffs and serious damage, this versatile phone case has an adapter on the back that lets it attach to Peak Design’s accessories, like a mobile tripod, bicycle or car mount, or a wireless-charging stand. There’s even an option for adding a loop that folds flat into the case and provides an extra-secure grip. The case is available for all iPhone 14 models and those going back to iPhone 11, as well as for Samsung Galaxy S21 and S22 and Google’s Pixel 6.

If you’re shopping for someone who keeps their phone in a pants pocket, you may need something even slimmer. This iPhone case doesn’t add any unnecessary bulk but still protects the phone from scratches and scuffs. It also comes in eight colors, so you can pick one that best suits their style.

A PopSocket is a great way to use your phone without straining your hand too much, but it often stays stuck to whatever case you first put it on, thanks to its adhesive attachment. As long as your recipient has an iPhone 12 or later, PopSocket’s PopGrip for MagSafe can magnetically attach directly to their iPhone or to any MagSafe-friendly case so they can easily swap them out or ditch them entirely without having to leave their trusty PopSocket behind.

For someone who likes to travel, the Twelve South AirFly Pro is a handy little device that allows them to connect up to two pairs of AirPods or other Bluetooth headphones to an airplane’s onboard system. The AirFly Pro can also be used as an adapter for the aux-in of a rental car or older speakers.

If they’re obsessed with the Nintendo Switch, get them a memory card with more storage. With this, they can buy games online and have access to their entire gaming library without having to swap cartridges. This card is affordable and still has plenty of storage and a fast enough write speed to hold all their game data.

For the writer on the go, this tiny Bluetooth keyboard can fold into a fraction of its size to easily fit into a fanny pack or tote, and it makes a great companion for getting some writing or emailing done while traveling. “A smartphone keyboard has applications beyond travel,” says Strategist writer Katherine Gillespie. “I also use mine as an anti-procrastination tool at home. You can’t check Instagram if you’re using your phone to type up a Google document.”

Carrying a lightweight and compact portable charger while on the go takes at least one stress out of someone’s day — especially that friend whose battery always seems to be at 4 percent.

While this stand would just allow them to look at a phone hands-free, it also charges whatever phone they put into it.

Here’s a nifty gadget for anyone whose phone is full of photos they’ve yet to back up. As Strategist contributor Chris Schalkx explains, the Qubii “has a USB plug on one side and a USB socket on the other, plus a slot for a MicroSD memory card. To back up my photos, all I had to do was sandwich the Qubii between my iPhone’s wall-outlet adapter and power cord and plug it in to my phone.” (The model shown is only compatible with iPhones and doesn’t come with a MicroSD card, but you can get Android-compatible versions and Qubiis that come with memory cards if you’re willing to spend a bit more than $50.)

If you know someone who spends a little too much time staring at screens, pick them up a pair of these blue-light-blocking glasses. (While doctors have told us that such glasses may not do much for digital eyestrain, we’ve heard from plenty of folks who wear them at computers and claim they do.) These may not be the most stylish, but they are Strategist best sellers.

If your recipient would prefer blue-light-blocking glasses that have magnification (and a little more style), these tortoiseshell frames are a nice option.

Smartphone games are great, but there’s something endearing about an old-school Tamagotchi. Especially for a kid at heart.

If they’re obsessed with the Nintendo Switch, get them a memory card with more storage. With this, they can buy games online and have access to their entire gaming library without having to swap cartridges.

These dimmable LED light bulbs are both energy efficient and actually look really good (and are a nice home upgrade for anyone who is trying to be more ecofriendly).

If they’re into mood lighting, this LED lightbulb can be tuned to any color of the rainbow using the accompanying smartphone app.

Wyze’s Smart Plug works with Alexa and Google Assistant, allowing a user to turn on any connected device — whether it’s a lamp in their bedroom or a coffee maker in their kitchen — without getting up from the couch.

For analog folks who are willing to dip their toes into new technology, the Amazon Echo Dot is basically training wheels for the digitally un-savvy. Even people who still have a landline will appreciate how they can use this to set cooking timers or just listen to music around the house.

If your recipient has already caught the smart-light bug but has older fixtures, the C by GE Smart Switch Dimmer can replace any light switch, allowing them to control their lights with an app or a voice assistant.

Strategist contributor Alison Freer says sitting in front of this light-therapy lamp for an hour each morning boosts her entire day: “It’s exactly like sitting outside with your face turned toward the full morning sun.” Morning exposure to a bright light like this one signals to the brain that the day has officially started, resetting your internal clock.

Maybe they’re not ready for a smart device but do need a new one for listening to music. For that, we recommend this shockingly affordable Bluetooth speaker we’ve heard consistently good things about.

A very easy way for someone to turn their regular TV into a smart one.

If you know someone who’s always humming their own tunes while they’re out and about, or even a musician who likes to experiment with quirky sounds, they may appreciate a fun way to record those tunes and turn them into something more. Teenage Engineering’s Pocket Operator makes it affordable and convenient to make music on the go, and this mini-synth will work either on its own or paired with other devices so your recipient can noodle more once they’re back home. The cheapest is the Office model, which replicates sounds you’d hear in a 1980s office, like PC beepers, mouse clicks, and old-school printer sounds. You can pay more for models with more traditional sounds.

get the strategist newsletter

By submitting your email, you agree to our Terms and Privacy Notice and to receive email correspondence from us.

The Strategist is designed to surface the most useful, expert recommendations for things to buy across the vast e-commerce landscape. Some of our latest conquests include the best women’s jeans, rolling luggage, bed sheets, coffee makers, and bath towels. We update links when possible, but note that deals can expire and all prices are subject to change.