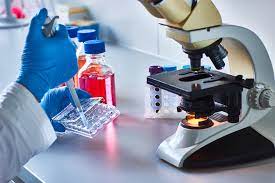 Technology has tremendously impacted every sector in human society. Its notable role is in how it makes certain activities stress-free as with the pull of certain strings, everything starts to function even better. Its growing role is predominant in the medical sciences.

This convergence of technology and medical science through customer feedback has resulted in the record of enormous innovation and success in the medical sector. As the future of the world relies on technology, so does advancement in medicine rely hugely on technology.

Many tremendous and mind-altering impacts of technology has continued to emerge and in five succinct mentions, they are outlined below:

Technology is making the lives of those practicing medicine and patients easier through the introduction of VR. Though VR is yet at its seminal stage, this article from Harvard Business Review’s study recorded how innovative, beneficial, and life-changing VR can become in the lives of surgeons. According to the article, it makes learning a lot easier for surgeons and boosts their general performance. Also, VR has been recorded as effective and beneficial to patients and pregnant women. For patients, wearing the VR Google helps to reduce their anxiety exponentially as it relaxes them and for pregnant women, it’s been stated to reduce labor pains.

As technology continues to deepen its roots in the medical sciences, it has stepped further to provide wearable trackers that individuals could wear at their convenience to monitor their health developments. Some of these trackers include; blood pressure checking devices, sugar-level monitors, etc. The accessibility of these mess devices encourages people to take control of their health.

According to the Moscow Times, one of the most places technology has scored serious points in medical science is in healthcare robotics. The article points out that in 2019, Europe recorded its first surgery with the help of robotics.

The growing presence of advanced technology is transforming the lives of both medical practitioners and patients. What this suggests is that medical science cannot function effectively without these roles of technology within.